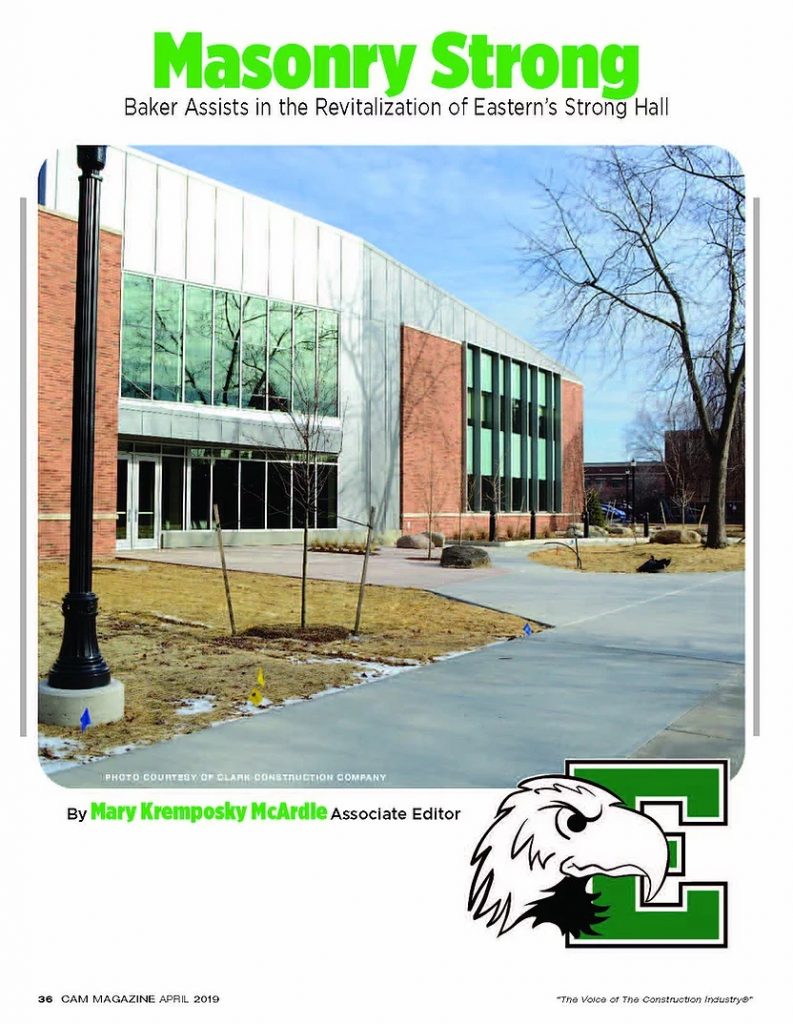 Baker Construction Company was recently featured in the April 2019 issue of CAM Magazine.​

​Eastern Michigan University’s $40 million renovations & addition to the historic Strong Hall were recently completed in January of 2019. Baker took on the unusual challenge of a design-assist build to accomplish both the various renovations and new 20,000 square foot addition. “They were instrumental in the design of added collaboration rooms into the existing brick structure, resulting in a better safer, and more cost-effective project.” CAM 2019

​To integrate with the design of Sill Hall, which was originally built in 1957, a combination of brick, aluminum, limestone, and glass curtain walls were used to keep the overall design element while providing both energy efficiency and durability.

Built to last, this quality public building/monument is sure to become a part of Michigan’s economic development story and Baker Construction’s own history. The entire region is excited about this new development rising on the edge of West Dearborn. 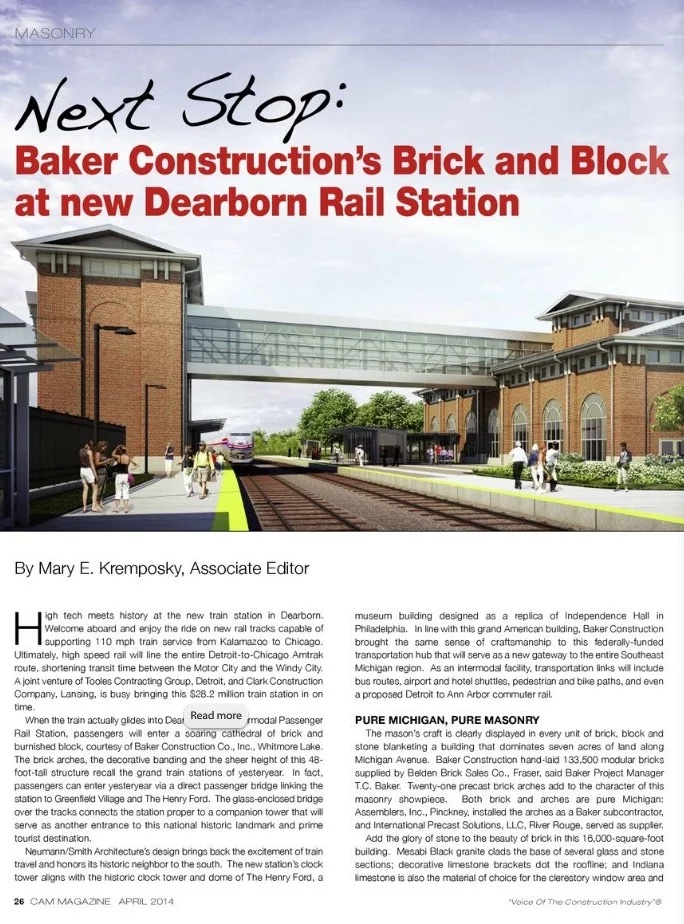 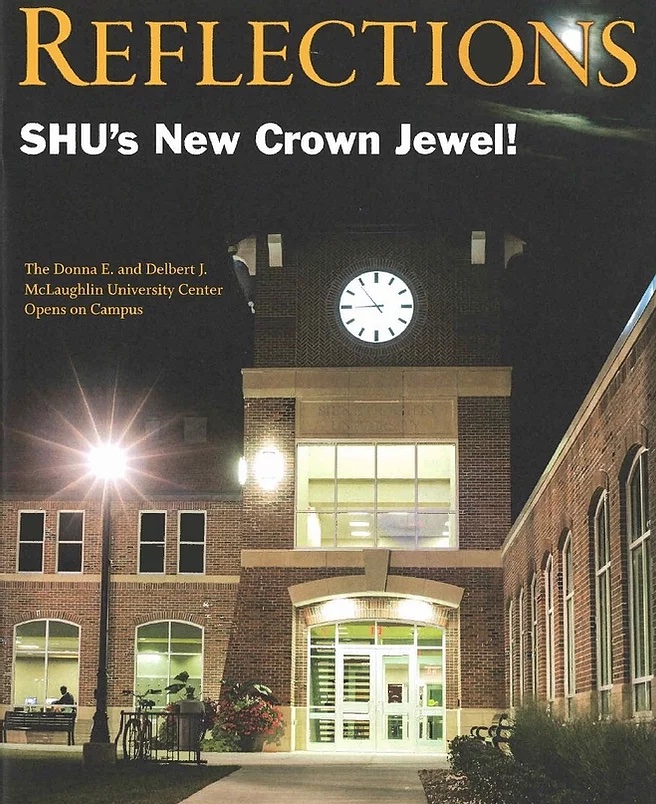 Baker construction company was recently featured in the Fall 2013 magazine for alumni and friends of Siena Heights University.

The new $9.1 million McLaughlin University Center was dedicated Oct. 5 as part of the Homecoming celebration. The 34,000 square-foot student and community facility houses the University’s dining service, which includes a Mongolian-style grill, a snack shop featuring Starbucks coffee, and the Barnes & Noble College Bookstore.

“It’s a building where students are meant to be.”

Dale Fisher has numerous publications featuring Ann Arbor where he has artistically documented the many changes that have taken place over 54 years, typically from the birds-eye view of a helicopter.

Baker was featured in this latest “Visions of the Eagle III”. The University of Michigan’s Willard Dow Chemistry Building including inside atrium was one of Baker’s most intricate and challenging projects. Other of the over 45 UofM projects Baker has performed include the brick perimeter fence surrounding the University’s football stadium and brickwork around the famed field.

Baker has performed work for Eastern Michigan University as well. 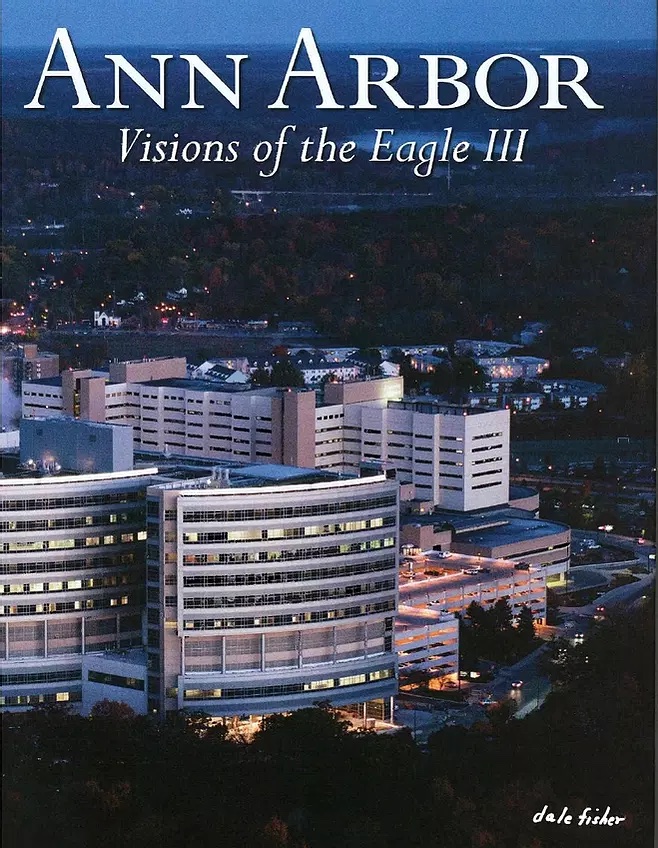 If you are applying for a position with Baker Construction Company please fill out the online application and note that the following will be required for consideration:
Apply Today
Accessibility
cancel accessibility
Provided by: